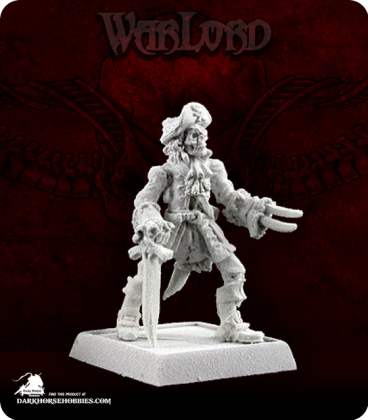 The dashing Baron LeBone was a Racheau fop in life and he hasn't changed much in death. Fine clothes, fine treasures, and things of beauty to behold are LeBone's desires in unlife too. He fancies wine as much as he did even though it pours right through him and tends to ruin his perfectly good clothing... but he swears he remembers the taste. LeBone joined Razig's undead crew at the outset. He was one of Razig's oldest friends and an admirer of the stunning and golden haired Lady Clarissa. Perhaps he should have admired her from a further distance; that would have saved him pain and body parts when the jealous Razig found out about his adoration. Nonetheless, he is an excellent fighter and officer and he still manages to amuse Razig even after all these years... well one way or another at least. 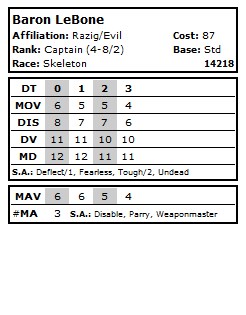