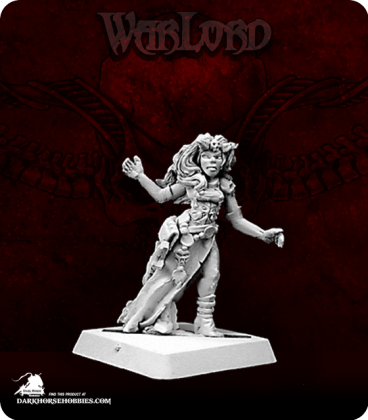 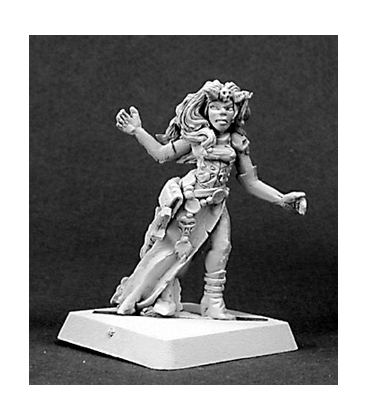 Few are the favors granted by the Lichlord, but when an underling has proven their loyalty, Ashkrypt's gifts can be numerous. Taletia started her career ignominiously as a Bondslave in Ashkrypt's army. Fighting under the Wight Sergeant Iks, Taletia distinguished herself with her ability to survive and her obedience to her commander. In a rare feat, she actually survived her term of service, and when she was released from her bondage, Iks offered her a spot in the lichlord's regular army. Having nowhere else to go, Taletia agreed. She continued to fight valiantly, and her unit often accompanied the Overlord on business away from Craclaw. Traveling to Blackguard Cove, Ashkrypt's party was ambushed by an Elven patrol. The archers brought down Ashkrypt's horse, and the Lichlord was momentarily pinned beneath it. As Ashkrypt freed himself, the Deathseekers closed in to finish the vile lich, but Taletia stood by her lord. She fought with ferocity, killed 4 Deathseekers, and allowed the Lichlord to gain his freedom. Once freed, it was mere child's play for the Lich to finish off the elven patrol. For her loyalty and bravery, Ashkrypt took her as his personal disciple, teaching her to wield magic along with her sword. This served to cement her loyalty to her lord, and she is now starting to feel that lust for power which consumes so many who are touched by magic. Though Ashkrypt has not yet shown her the ways of necromancy, she feels it is only a matter of time before the Overlord begins to instruct her in the dark arts. Where some might desire this to overthrow their lord, Taletia sees it from a different angle. She dreams that someday he will bestow upon her the secret of lichdom, allowing her to cross over into the realm of undeath, and take her place beside him as his bride. 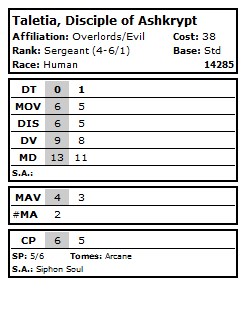