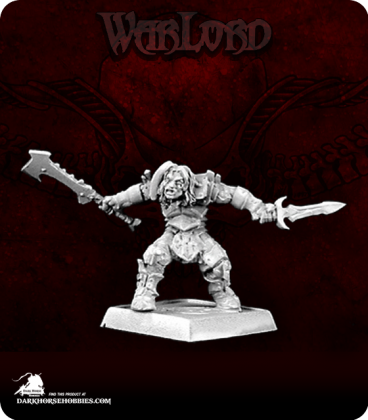 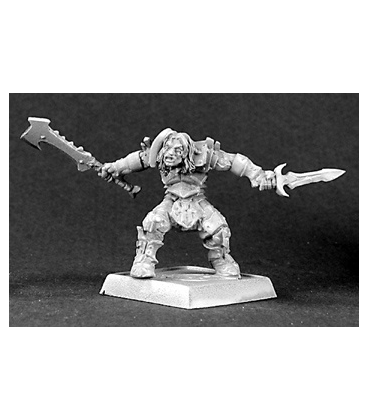 The Pit Fights of Craclaw have drawn many professional fighters from all over Taltos, and even from the North. Fighting for pride, and large sums of money, the men and women enjoy a special renown in Craclaw. Not slaves, as most fighters in the pits, they are free to roam the city as they please. Though not members of the aristocracy, many enjoy special privileges granted to them by noble patrons who they have befriended through their glorious victories. Sometimes to foster these relationships, sometimes as simple mercenaries, these Pit Fighters will offer there services to the armies of the Overlords. Soriel is such a fighter. Bored with the repetitive nature of combat in the pits, Soriel has turned into mainly a mercenary warrior these days. Fighting for the highest bidder, he enjoys constant work, as his battle prowess is well known in the black city and makes him an asset in any force he occupies. 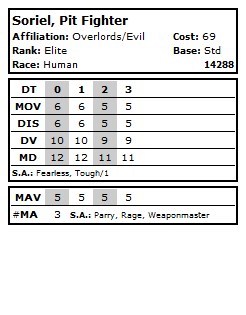