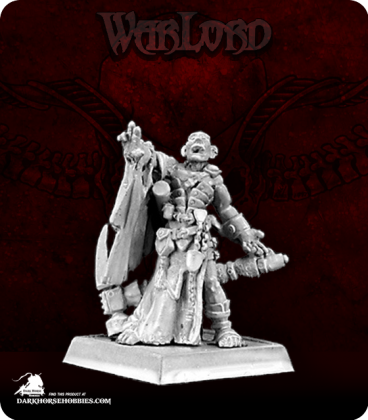 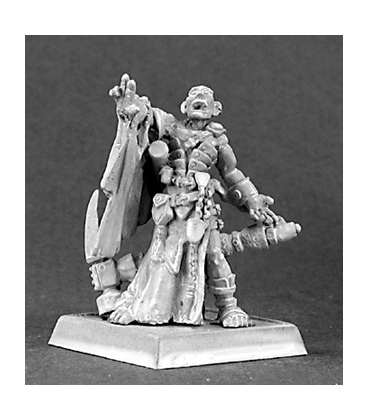 When the Malvernians set their sights on Craclaw, the first to arrive were the Evangelists of Khardullis. These charismatic zealots come spreading the Word of the Dark God, offering the people freedom from their oppressors and kindling the flames of passionate worship. These priests are especially touched with the power of Khardullis, and only the strongest of will can resist their command. Ranthe was one of the first Evangelists to enter the black gates of Craclaw, and he was immediately presented by the Malvernian Ambassador to the Overlords as an example of how the Dark Brotherhood could help the Overlords increase their military efficiency. Using his force of personality, Ranthe proved a far more capable leader of the Overlords' Bondslave troops than any whip-wielding slave master. His powers inspired his troops, getting them to fight willingly for him rather than simply to avoid the master's whip. The Overlords greedily accepted the assistance and have expressed great pleasure at word of the arrival of more Evangelists from Malvernis. So blinded are they by their greed that they cannot see the danger that is arising amongst the peasants they hold under their thumb, as Ranthe and his fellows begin to sow the seeds of Khardullis. Ranthe knows that success in his mission may be the key to achieving his goal of entering the ranks of the Inquisitors, for Craclaw is the pet project of the Grand Inquisitor himself. He knows that soon the people will rally to the Dark God's banner, trading the oppression of the Overlords for that of the Khardullis. Such is the way of simple-minded people. 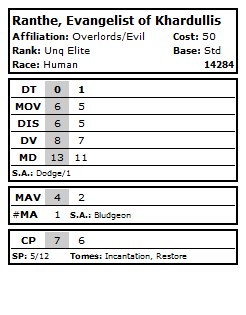