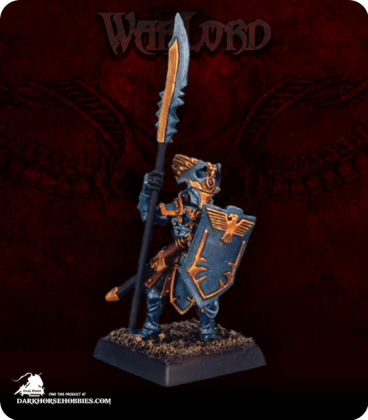 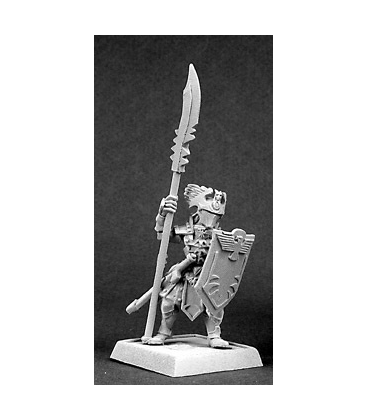 Merack is a grizzled old veteran who takes pride in the precision with which his troops perform. At a time when most old Sergeants are sitting in the inn, drinking an ale and regaling the youngsters of days gone by, Merack has been seduced by General Matisse's vision and flattery. When he began his quest for martial knowledge, the General sought out these veteran warriors, the Sergeants who lead men in the trenches, from nations all across the north. Learning from their wisdom of tactics and their ability to shape fighting men, the General has become acknowledged as one of the great tactical minds on Taltos. To show his respect for these veterans, he gave them charge of his most elite troops, the Onyx Phalanx. Though advanced in years, Merack still possesses the combat skills to make him a serious force in battle. His ability to coordinate the men under his command is his strongest suit, and this is what makes the Onyx Phalanx so deadly. General Matisse strongly prizes Merack's knowledge of battlefield tactics, and many are the times when his tactical intuition has turned the tide of Battle for the Onyx Legion. 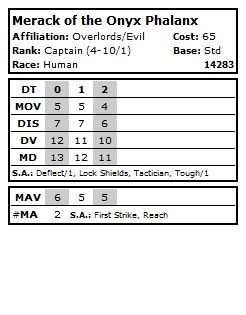