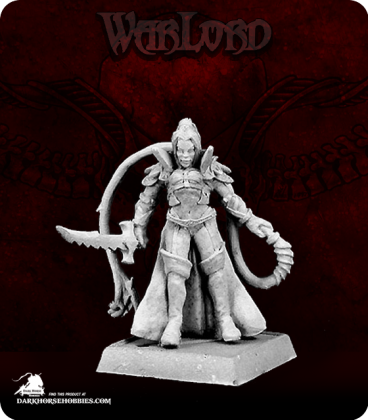 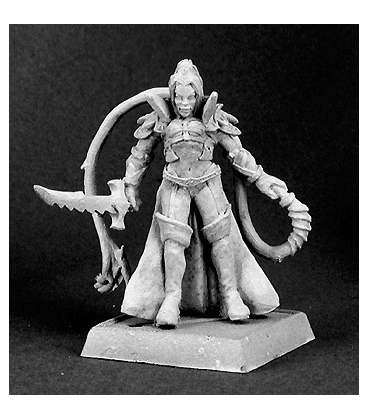 The Marquise D'Arengo's Daughters of the Whip are known throughout Craclaw as some of the most sadistic women to ever pass through the city's gates. Lorena is one of the few who have proven that she can lead with the same fervor with which she follows. Her fearlessness in battle is as much an inspiration to her charges as is the sting of her trademark three-tongued whip. With whip in one hand and a cruel serrated sword in the other, Lorena loves nothing better than to wade into the fray, letting the blood of her enemies wash over her as she kills with wanton pleasure. Like all Daughters of the Whip she is totally devoted to the Marquise D'Arengo, but her love of killing has lead her to sell her services to other Overlords from time to time. In the end though, her loyalty to the Marquise is unshakable, and should it ever come to a new civil war, she will gladly take her place at the head of the Marquise's Daughters, and bathe the streets of Craclaw in blood. 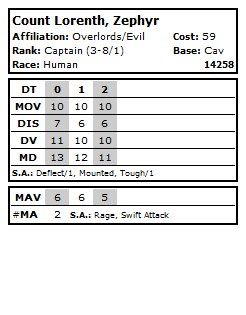