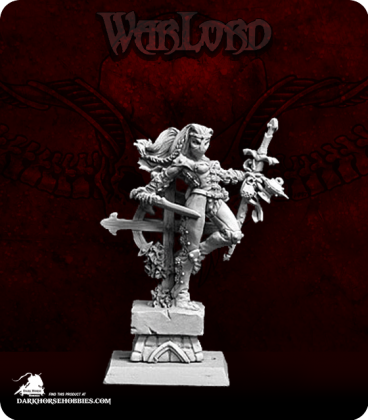 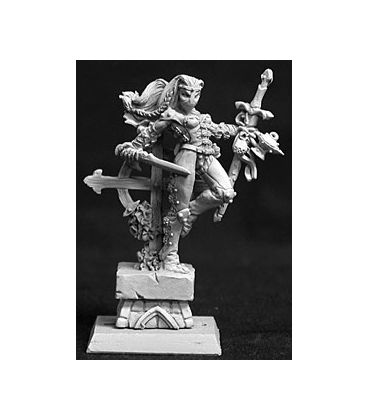 Lola's name is known throughout Taltos for her prowess as a spy and assassin. After years of taveling, Lola has decided to become a player on the grand stage of Craclaw. Nowhere in Taltos is the trade of the assassin more respected or perpetrated at a higher level, than in the streets of the black city. The intrusion on the Guild's territory brought her into conflict with the guild's masters. After the death of several of the Guild's most prominent assassins, the Guildmasters made peace with the newcomer, welcoming her skills into their fold. Lola's prices are high, but so are her skills, setting a new standard for the Guild of Venom. Though she is a registered member of the Guild, she holds the establishment in disdain, knowing that few if any, can match her talents. Lola has no ties and owes no debts to the Malvernian newcomers, and plans to keep things that way. She knows that the time will come when those who have cast their lot with the Malvernians won't be trusted, and Lola will be there to reap the benefits of this distrust. 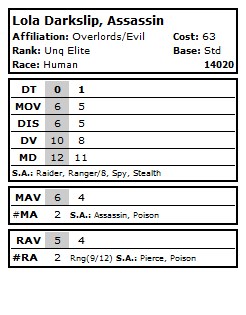