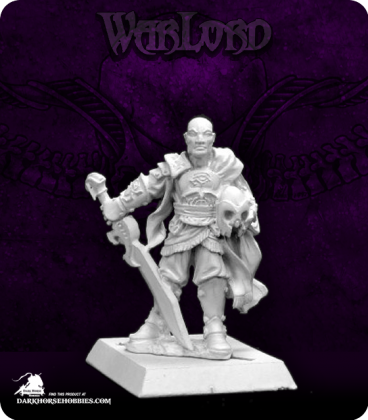 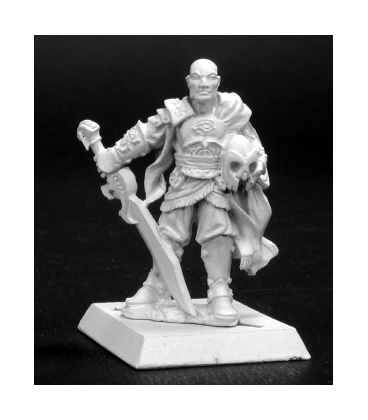 Tariq is truly remarkable. He and his family are among the most favored Khamsin, for they never surrendered their worship of Sokar, despite centuries of persecution and ostracism.

Tariq is truly a child of the wilderness. As a young boy he and his brother spent days at a time wandering far from the herds. They listened to their elders and found ways to survive in the wilds of Jalahandra and southern Taltos. Tariq can find water in the driest desert and paths through the most impenetrable forests. He specializes in leading small raiding forces against the enemies of the Nefsokar.

Tariq excels at finding forgotten tombs. It is said that Sokar himself guides Tariq to these ancient places where the ever-living remain undisturbed and waiting to make their journey to Al Adiri and inscribe their name in the Book of the Dead. Tariq himself has never been to Al Adiri, but he rests secure in the knowledge that when his time comes he will wander those forgotten paths to sign his name alongside the legends of old.

Tariq shares some of the disdain held by the ever-living towards the faithless Khamsin who gave over their worship of Sokar for the more expedient worship of the Jalahandran gods. Though many of them have atoned, Tariq bears a muted grudge against the persecutors of his youth. 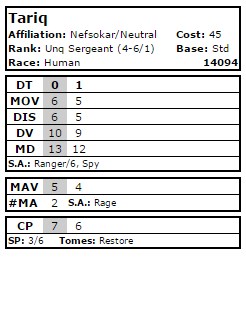