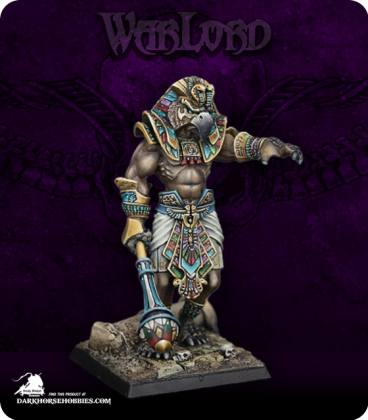 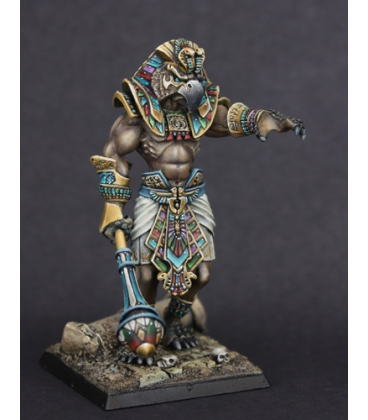 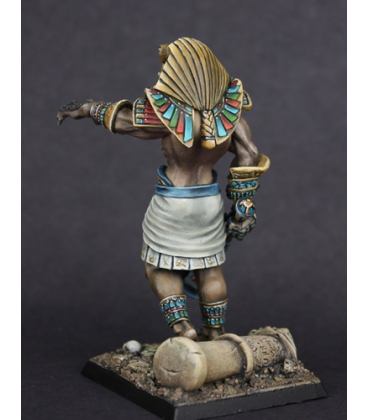 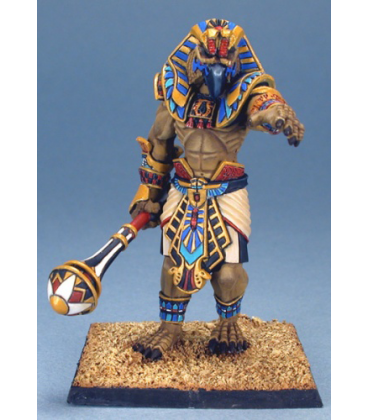 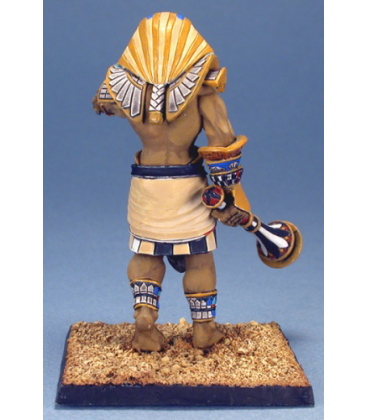 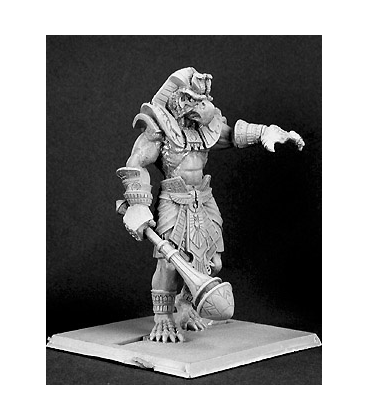 The falcon-headed statues dedicated to Sokar Himself do not exist as mere decorations. Like the walking Avatars of Sokar's servants, His Avatar can come to life, animated by an infinitesimal portion of Sokar's own ka.

The sight of their own god on the battlefield is incredibly inspiring to the Khamsin and ever-living. The mere presence of Sokar's Avatar can turn the tide of battle firmly in favor of the Mesha Sokar, even when vastly outnumbered.

Sokar does not send His Avatar to the battlefield as a mere observer. The Avatar's power outstrips those of even the other Great Servants. Wherever the gaze of the mighty falcon falls, foes have been known to burst into flames, seared to their very souls by the intensified light of the eternal sun.

The Avatar never speaks nor directs His forces on the field. In this capacity, Sokar acts purely as an enforcer, Himself a servant to the commanders He holds in such high esteem. The presence of an Avatar of Sokar in an army is always regarded as a sign of respect and trust that Sokar places in His faithful.

On extremely rare occasion, the Avatar of Sokar will accompany non-Khamsin and ever-living into battle. In such cases, it is assumed that the mercenaries or other forces in question are pursuing some goal which Sokar Himself would see done. In other cases the Avatar simply appears, fights, and vanishes back across the Great River, it's purpose known only to Sokar Himself. 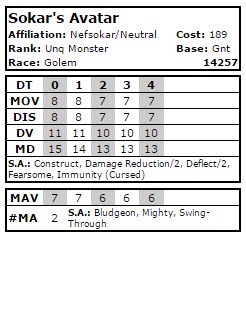