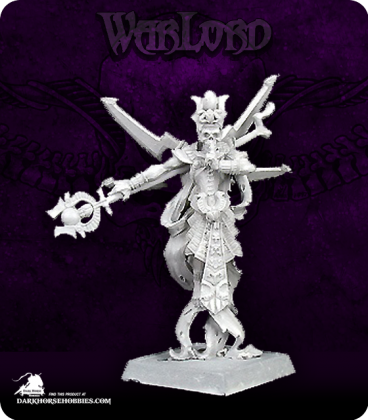 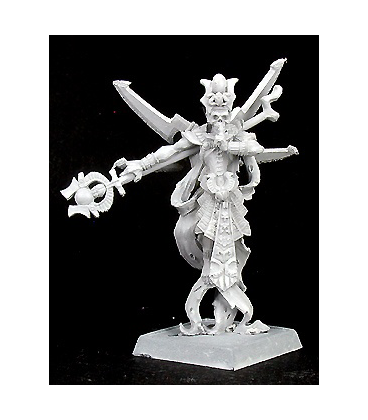 Of all the thefts made by the Necropolis Dread Lords against the ever-living, none matches the heinous plunder of the Tomb of Neb'nesew Ne'pet, the Storm Lord. The Dread Lords learned early the secret of obliterating all traces of the true name of any inhabitants of a Hakiri tomb. An essential part of the soul, the true name is the binding that holds an ever-living being together. Without it, the ever-living soul becomes a mere shade, and the khat withers and dies.

The Dread Lords found a tomb full of spellcraft lore and rotes of Hakiri design so intricate that the finest scholars of Thule still puzzle over their meaning. The mighty clouds of darkness summoned by the Necropolis wizards to protect their abominable lords from the sun were taken from the Storm Lord's very tomb. With their plunder complete, the Dread Lords set about their desecration, but they did not complete the job, mistaking the hieroglyphs spelling out "Neb'nesew Ne'pet" for a title and not a portion of the ancient magician-king's name.

The Storm Lord's maddened ba wandered for many years across the Mehet Nesep and into Jalahandra, where Sokar guided him to Al Adiri. There the ba was treated with nourishment and given instructions to lead the newly-risen lord to the ancient city. The maddened kahibit clawed its way across the desert to the city from which he hand once ruled. There, he inscribed the brutalized remnants of his name in the Book of the Dead. The Storm Lord's sanity returned, though horribly twisted by his ordeal.

Neb'nesew Ne'pet turned his dusty fury against the undead with a hatred that pleased Sokar beyond all accounting and sickened the Khamsin who serve the mighty Storm Lord. For while the Khamsin burn for vengeance, the Storm Lord takes his retribution beyond mere punishment, especially for the minions of the Necropolis. Dread Lords taken by the Storm Lord are subjected to the sort of torture that would kill any living being. The ragged remnants of their shattered bodies and minds are left in the middle of the desert beneath slowly dissipating clouds until the sun takes them before Sokar for His final judgment.

Much of the Storm Lord's power has been lost, but despite this he still remains one of Sokar's most powerful servants. He disagrees with Khufu on a number of key issues, however, first and foremost where the greatest threats to the Mehet Nesep lie. Neb'nesew Ne'pet's smoldering gaze is turned ever towards the Necropolis Thule. Yearly, horrific storms rage from the desert towards the city at the feet of Mount Kindle. Whether countered by the magicians of Thule or simply ridden out by a race that needs no light or crops, the storms have little effect on the city of the dead.

Neb'nesew Ne'pet is contemplating the construction of a new tomb. He wishes a place where the immense ley energies of the Mehet Nesep can be harnessed and directed at his will for the greater glory of Sokar. To this end he has hired mercenaries and magicians from amongst the Taltain and Khamsin alike to journey throughout Taltos, sampling specific areas for the confluence of mystical energies. In particular he finds Denelspire to be an attractive location, though the current inhabitants would need to be evicted. Craclaw holds similar interest, though he wonders if there is not some artifice that draws ley power to the City of Chains.

The Khamsin venerate and fear the Royal Lord of the Sky, which is the literal translation of his name. Those that travel with his blessings find favorable weather and water in abundance wherever they go. Those that earn his wrath disappear beneath the sands, never to trouble the waking world again.

In particular, the Emir of Mitaur is said to dread the Storm Lord. Neb'nesew Ne'pet's tomb is near Mitaur and he has held an accounting of the Khamsin who were responsible for the protection of his resting place. Khufu saw to the atonement of the Khamsin at Sokar's bidding, but the Emir is more than half Khamsin and considers himself and his family to be Jalahandran (as do most of the Jalahandran nobility that claim nominal dominion over the widely-Khamsin communities and towns on the Taltain border). Whether or not some great storm will one day rise up to bury Mitaur beneath screaming desert sands is known only to the Storm Lord himself. For now though, he has greater hatreds to quench. 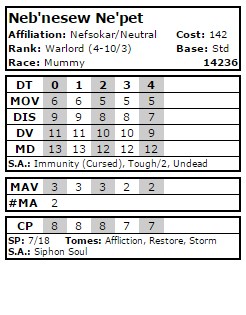