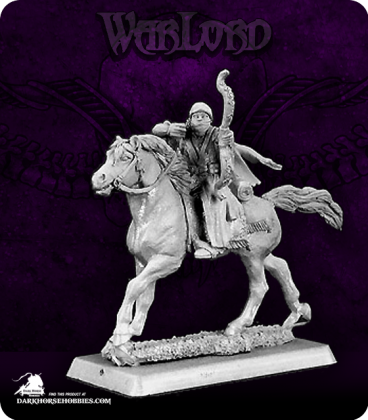 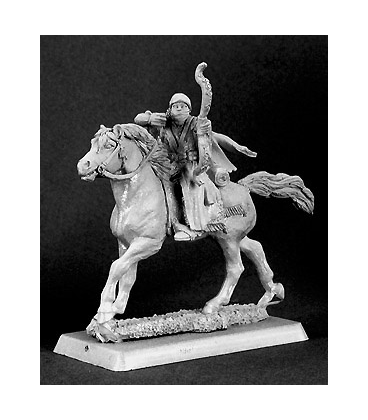 The combination of speed and range gives the mounted archer a tremendous advantage on the battlefield. Walking troops have virtually no chance of catching them, and foot-based archers cannot outdistance a unit that can cover great distance, loose a volley, and retreat.

Mercenary companies pay only the best gold to Khamsin mounted archers, and it is not unusual for the members of such a unit to receive an excessive amount of pampering and attention. For all the benefits though, mounted archers and their steeds must continuously practice their art. Such finely honed skills need constant use lest their edge quickly dull. 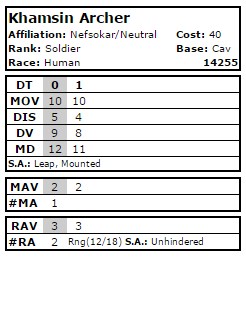