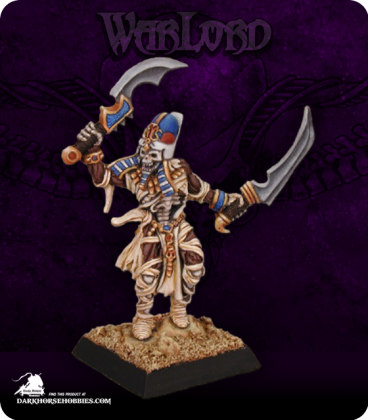 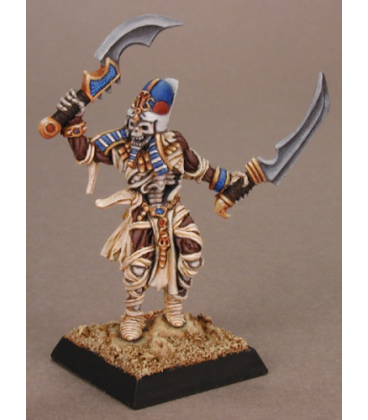 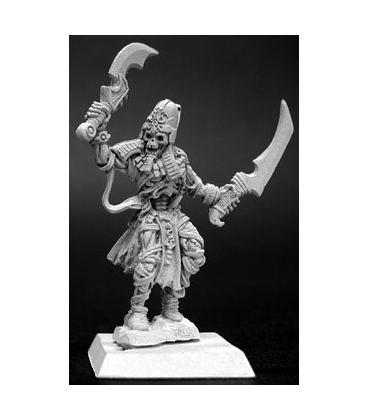 In the days of Ancient Hakir, strength measured a man's worth. By that estimation, Khadath could have purchased much of the empire with his sword arm alone. Originally of low birth, the only tools he had to earn his keep were his mind and his blades.

Khadath made his name fighting against barbarian hordes that regularly raided his province from the southern hinterlands. A natural leader, he gathered about him great legions and 'annexed' several neighboring provinces. War with the Pharaoh seemed inevitable, but Khadath surrendered his swords to the mighty magician king and swore his undying fealty.

In his later days he converted to the worship of Sokar and eventually found his rest in the Mehet Nesep like so many of Hakir's nobility. Sokar's return has brought him up from his tomb to serve as a leader in the Mesha Sokar. Nothing could please Khadath more. Khadath does not enjoy killing in and of itself, but the thrill of battle stirs his mummified soul like nothing else. 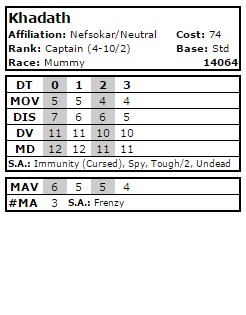