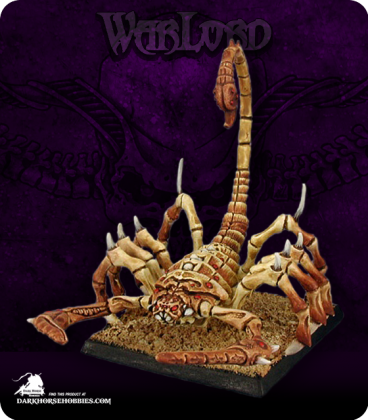 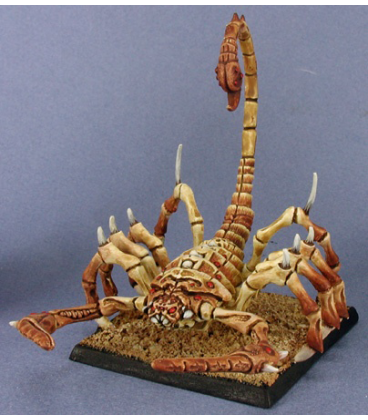 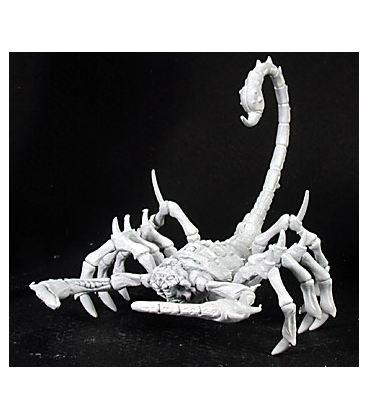 Called the 'sand devils' by those unfamiliar with avoiding their nests, giant scorpions are often tamed and sent into battle by the Khamsin. Ambitious Khamsin have attempted on many occasions to tame giant scorpions as mounts, but all such attempts have failed universally. Although the giant scorpions are easily strong enough to bear a man, their primary method of attack lies in the vicious tail stinger that lashes down upon opponents in front of the Scorpion. The attack is so ingrained into the scorpion's instincts that any riders would be instantly skewered and poisoned. Fortunately, only a very few foolish Khamsin have discovered this the hard way.

Giant scorpions make their homes in the rocky mesas and badlands of the Jalahandran border and in the deep desert. They spend daylight hours burrowed beneath the loose sand or hiding in large cracks and crevasses. They typically hunt at night, preying primarily on other giant arachnida and occasionally making forays into populated areas for fleshier food. Their coloration ranges from light sandy brown to the more common solid black.

The sting of the giant scorpion is often not immediately fatal, but death will result inside of two hours if not treated with a powerful anti-venom or some form of healing magic. Those stung are subject to convulsions and paralysis and typically death results from complete heart failure or respiratory arrest. 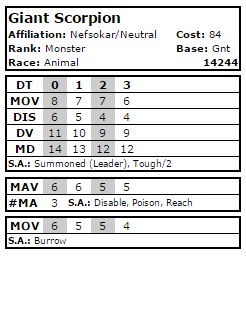