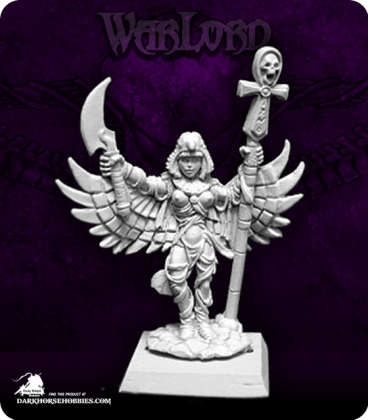 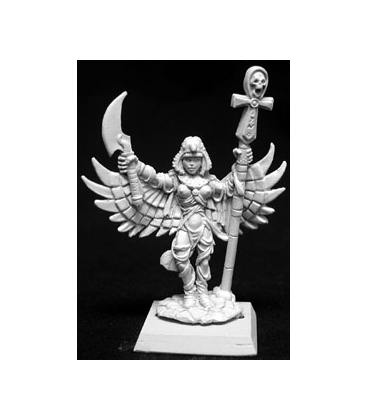 Fatima's tribe was among the first afflicted by Sokar's plagues for their failures to serve His divine will. As her people perished, they turned to her father, a powerful priest in service to the Jalahndran gods. Whether the Jalahandran gods had forsaken the Khamsin sinners or were powerless against the might of Sokar, his pleas went unheard.

His daughter, Fatima, began to suspect the source of the plagues. As her people died, she knew she would soon follow. She sought the advice of elders from several tribes, those who remembered the name of Sokar and His ways. Yet even His devout followers could not speak beyond the Great River into Sokar's realm, and He had not sent messengers to convey His will.

Fatima conceived a plan born of desperation. She convinced the elders to send her before Sokar, entombing her according to ancient Hakiri ways. She took a drought of poison and sank into death. Mummification went swiftly even as the sahu began its journey. She crossed the Great River and journeyed far into the great celestial wastelands surrounding mighty Sokar's pyramid. There she confronted the Scrollkeeper, the Scales, the great crocodile, and Sokar Himself.

As the Scrollkeeper read the deeds of her life aloud, Fatima pleaded with Sokar for mercy on her people. She asked nothing for herself, only that He send His messenger to them with His word, so that they may once again honor His traditions. The Scrollkeeper read the tale of her journey aloud, and Sokar knew it to be truth, for the scrolls contain no lies. He weighed her heart against a feather and found the feather weighty; such was the purity of Fatima's spirit. Sokar charged her with carrying His words to the Khamsin and instructed her to seek out Khufu, sower of the plagues.

Fatima returned to life and threw off her death wrappings. The tomb burst asunder even as the burial procession retired from their duties. She emerged triumphant to the shrieking of a hunting hawk high above. Sokar's messenger had come at last, and the Khamsin could be redeemed. 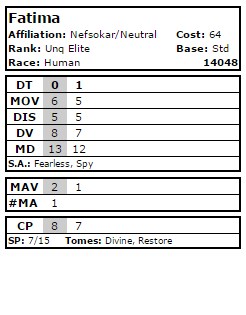