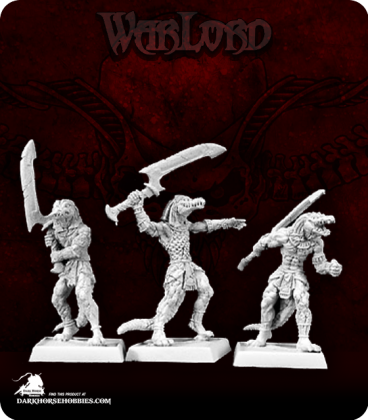 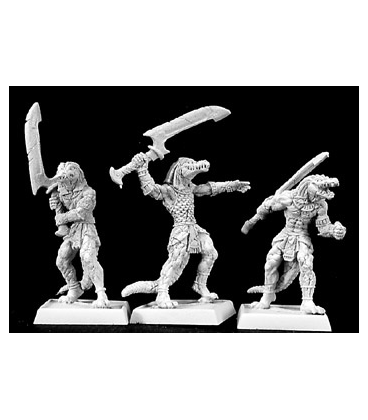 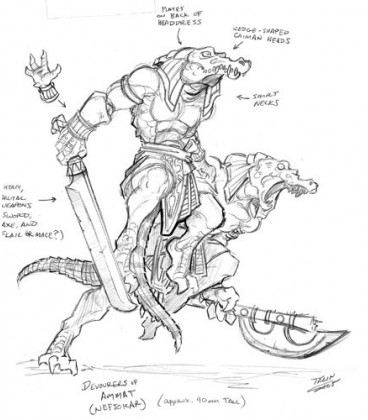 The Devourers are the bloody forces of mighty Ammat herself. They are made from the souls who endured the same sort of madness that Ammat underwent when her body was burned. Unlike the Reborn, the Devourers have within them an insatiable hunger. Where the Reborn are content to do battle for Sokar and the Mesha Sokar, the Devourers wish to punish and consume their enemies right down to their immortal spirits.

Devourers are the result of a dreadful collaboration between Netikerti and Ammat. Netikerti seeks forever to perfect the arts of the war golems and Ammat desires troops who share her unique affliction. The result is an ever-increasing force of war golems based upon the Great Crocodile who are eternally ravenous and willing to do anything to sate their thirst.

The Devourers are living weapons, each nearly the match of a Reborn warrior. In addition to the blades they carry, the giant crocodile maws can snap shut with incredible force, shattering bone and rending flesh. The Devourers rarely stop to consume their foes in the heat of battle, but the scenes in the aftermath of melee can make even the most jaded of the ever-living turn away.