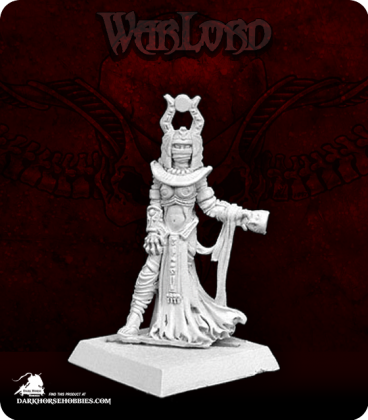 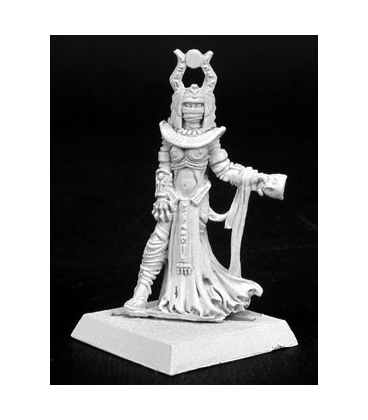 Netikerti embodies Ancient Hakir: a shining jewel of infinite perfection now brought low by the ravages of time and entropy. In life she served her pharaoh as an enchantress and sorceress of titanic power. Though not as potent as the Storm Lord, her abilities allowed her great command over spirits and ghosts in particular. Her arts achieved their peak with the construction of war golems, creatures infused with a living spirit and often used as receptacles for the souls of ever-living whose bodies had been destroyed through acts both accidental and malicious.

Netikerti had many flaws, as all people do, but her towering vanity proved her downfall. As time passed she searched for the means by which to preserve her appearance through magic and artifice. A rival used her addiction to unguents and restorative potions to poison her with a deadly combination of toxins. At the time of her death, Netikerti was still one of the most beautiful women in the empire.

That beauty transcended with her beyond the Great River, and when Sokar beheld her sahu, even He was smitten. Her heart was weighed and balanced perfectly with the feather, so Sokar made her one of His consorts and gave her a place of everlasting power at His side.

Now, Sokar has bidden her return to the world to teach the arts of the war golems to a new generation of Khamsin and the slowly awakening ranks of the ever-living. Yet, while Netikerti is pleased to do her god's bidding, she despises the form she must take to do so. Her mortal body is withered and desiccated, and no hint of her former radiant beauty remains at all. She has no idea how long she will remain among the living, and the image of what she has become gnaws at her. Mirrors are forbidden in her presence, and woe betide those who break with her wishes in this matter.

To date, she labors endlessly to regain the lost knowledge and allow her to craft the ultimate war golem as a receptacle for her own soul. It will be a true representation of herself in life and fully capable of all human senses so that she may once again remind the world of the infinite beauty that is Netikerti. Such an undertaking is truly stupendous, yet many have muttered their misgivings about her selfishness in this time of war. 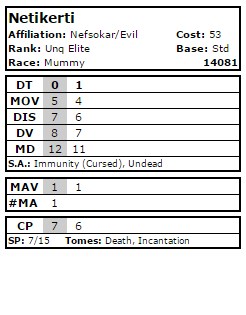