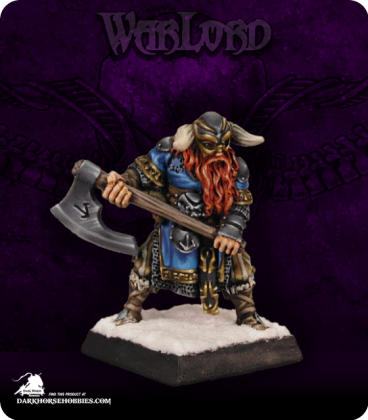 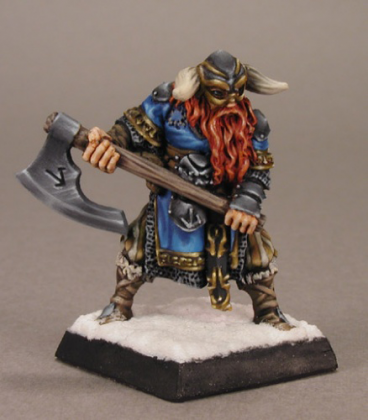 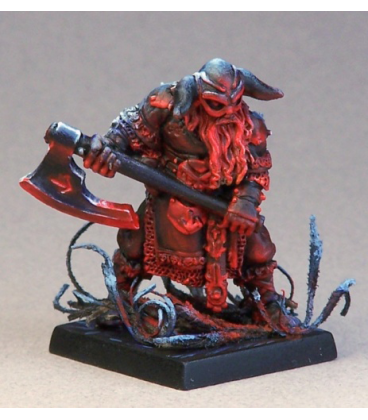 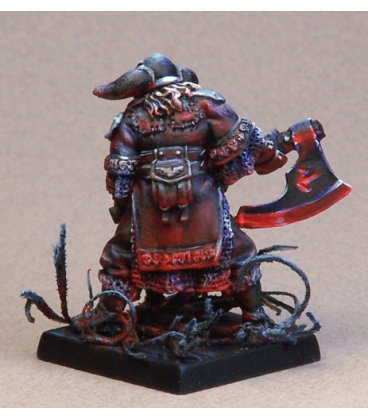 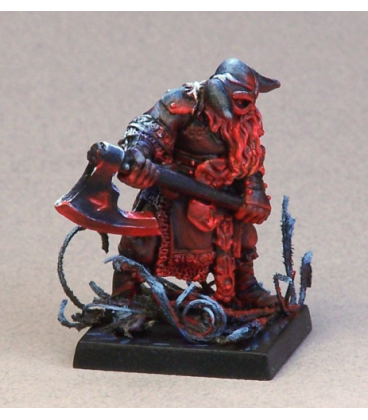 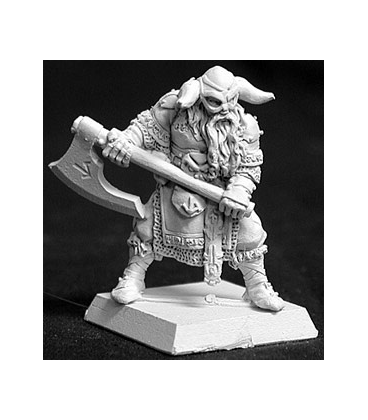 A powerfully-built man from the icy land of Kjord in the North, Sigurd is a mercenary's mercenary. Grim and calculating, with an ash-dry sense of humor, he storms into the fray at the vanguard of his unit. Trained since infancy in the art of slaughter, Sigurd combines the fury of the Northmen's berserk rage with the acumen of a veteran Soldier. Lines of infantry have been known to crumble and flee at the mere sight of him, even before his long-bearded greataxe sweeps them away like chaff. 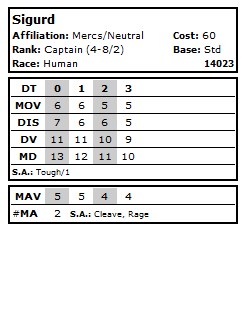