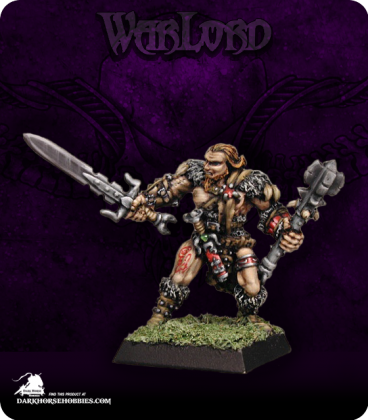 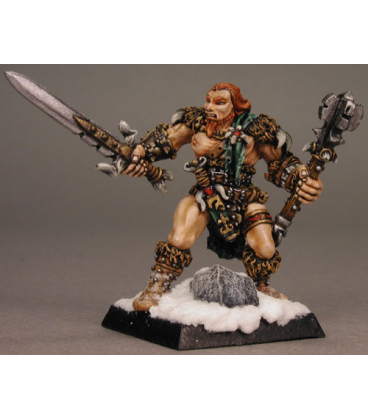 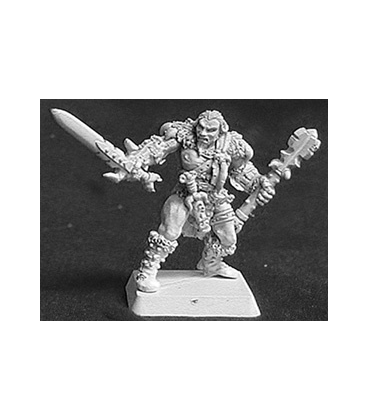 Grundor Hoardtaker came to Taltos a scant three years ago to seek his fortune as a Soldier. "Civilized" living quickly proved itself too restrictive and dull for the spirited Northman, however. After sixteen months of wandering aimlessly from one place to the next, he finally found a kindred spirit in the Ghanoth Warlord Orba Sinhan. Grundor's short temper, blunt frankness, and fearlessness made him an excellent candidate for a position of authority. In battle, he devastates his opponents with a weapon in each hand, wading through the charnel fields contentedly. 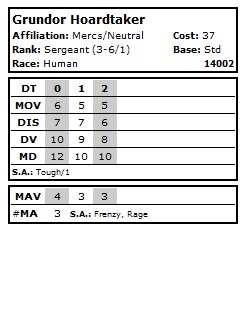