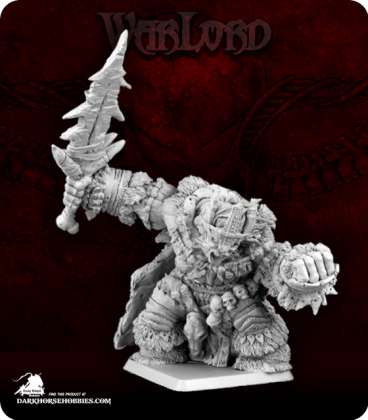 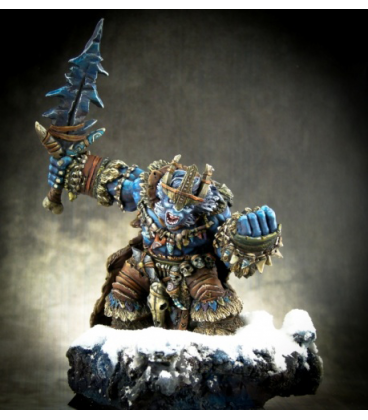 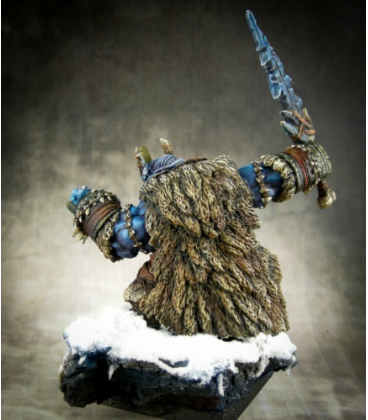 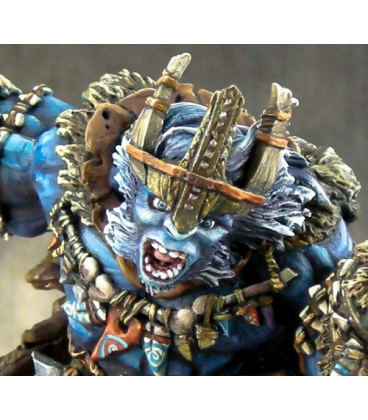 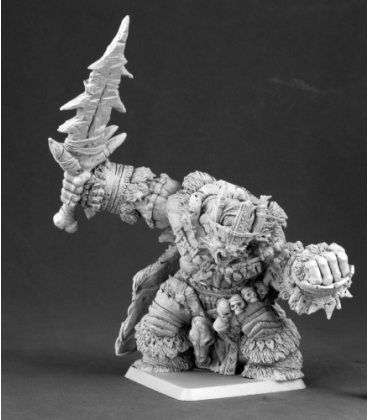 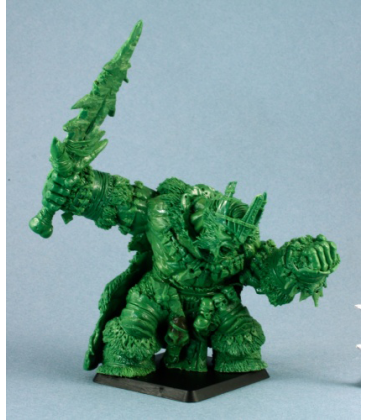 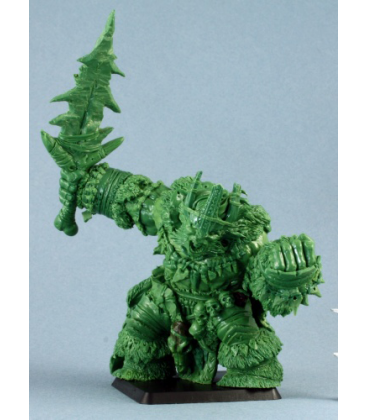 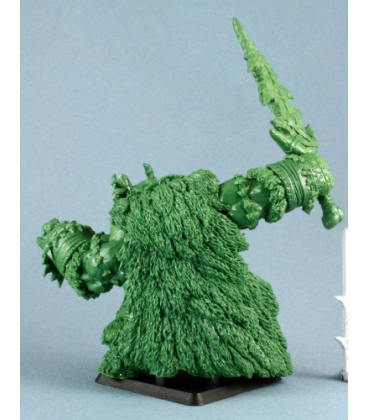 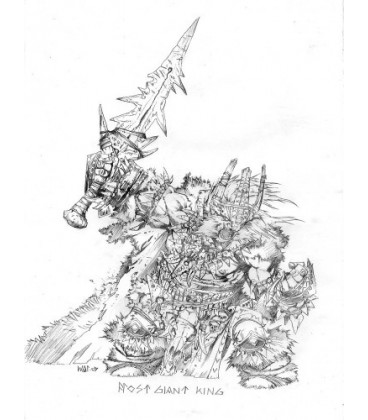 Boerogg is a Frost Giant with ambitions and an appetite for conquest. In three decades, he has achieved much of what his forbearers could not. His armies swell by the day, and tribute and plunder flow into the kingdom, filling the treasuries. The mere mention of his name sets his enemies trembling, and even the mighty dragons of the Savage North are subject to his rule. His Thanes are hungry but loyal, for now, and those who covet his throne dare not move against him. Boerogg bears the legendary blade Frostreaver, an enchanted bastard sword crafted of silver and ice. Crowned with the ivory of an ancient dragon and clad in the fur of a giant frost bear, Boerogg fears nothing. All will submit to his rule, or perish. 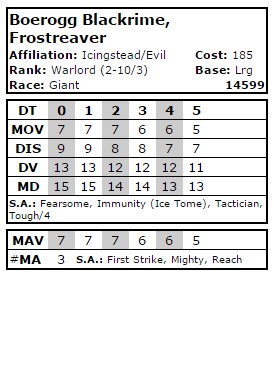 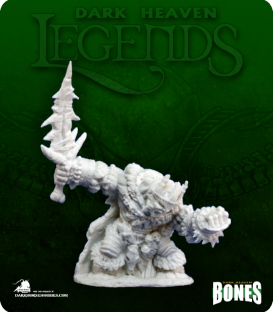