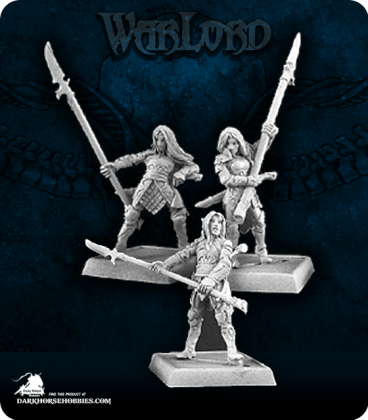 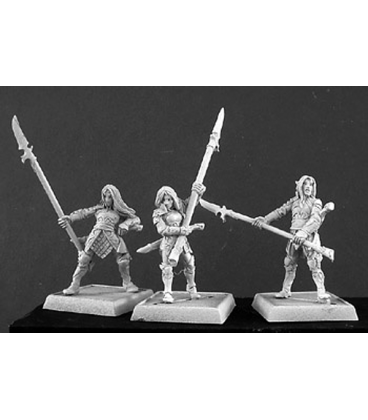 Vital to both the archer and infantry units of Almirithil, the Vale's "Long Thorns" keep many a foe at bay. The elven spearmen are steadfast, yet mobile, cutting and thrusting with their long ashen spears in between and over the ranks of their comrades. More than once has a thundering charge of heavy horses faltered and a marauding horde of footmen been broken by a slashing thicket of elven polearms. Their prowess has led to a well-known axiom in Taltos: "The elf rests securely who sits within the tall ash grove." 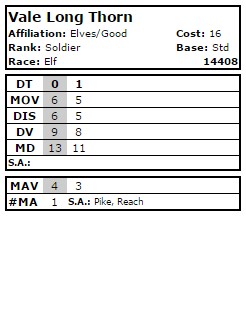