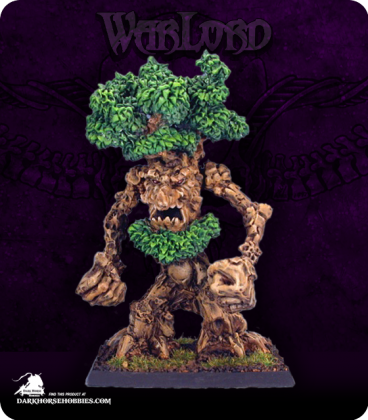 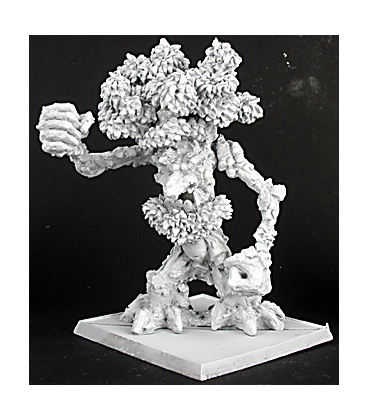 From the northern forests of Tembrithil, many druids, rangers, and warriors have journeyed to join Almirithil's desperate battle in Taltos. With them, the ancient elven woodlands themselves have sent their own warrior. Powerful, mysterious, and aeons-old, this forest spirit has taken the form of mammoth treeman, Mossbeard. This magical giant strides tirelessly across the battlefield, rendering his foes to pulp with his massive oaken fists. When faced with a throng of adversaries, the venerable treeman has been known to call the very battlefield itself to his aid, bending earth, root and bough to his will.