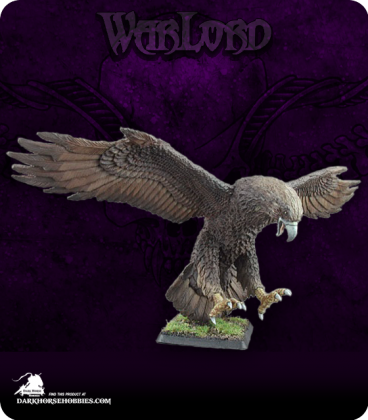 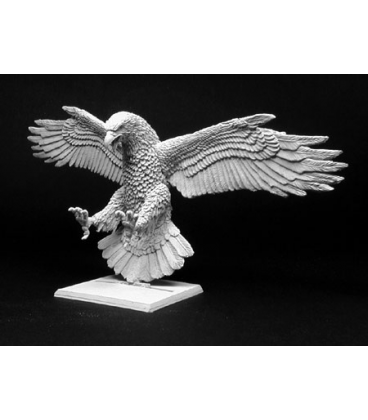 An age ago, the elves of Tirithilia forged an alliance with the Erhwydnn, the majestic giant eagles of the Stormpeak Mountains. Though time has dwindled the numbers of the eagles, it has not lessened their nobility or courage. The defiant, spirited warnings of Prince Danithal have impressed the Erhwydnn, and they have traveled many leagues to once again wage war against foes both ancient and new. Diving like a thunderbolt from the skies, the wings of a giant eagle are said to be able to lift a heavy horse easily, and their talons can rend armored warriors to ribbons in a matter of seconds. 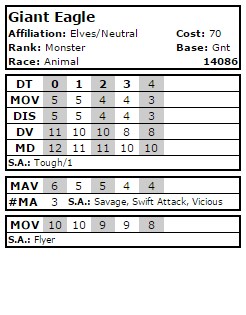