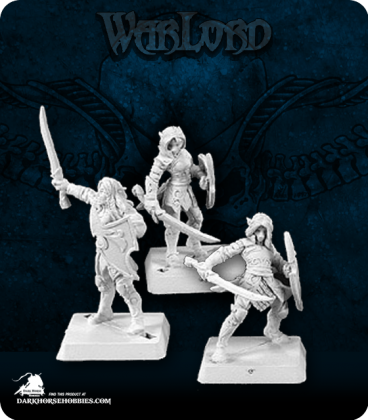 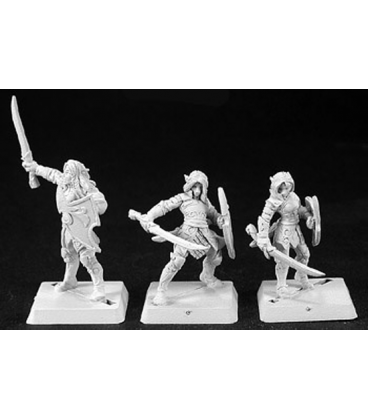 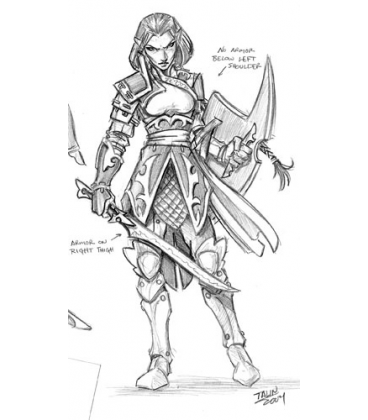 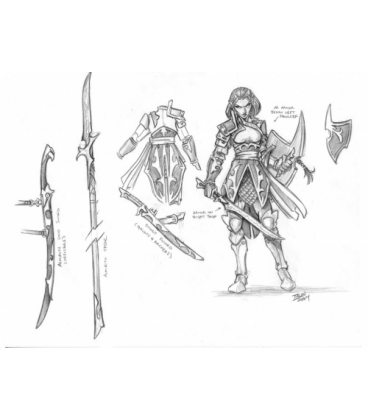 There are some in Craclaw who claim that Almirithil's skilled bowmen are the Vale's only true strength, and that the elven Soldier is a "willowy thing of spun-glass and no resolve." Those who have actually seen a wing of elven footmen cut down an Overlord legion or Darkspawn raiding band hold no such delusions. The lightness of their armor is no liability, for their speed and agility make them as lethal as any steadfast dwarven troop. They form a graceful counterpoint and foil to the crushing brutality of their adversaries. 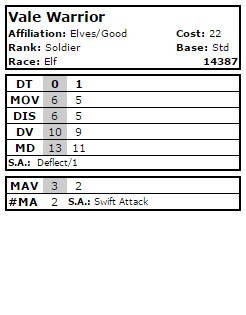