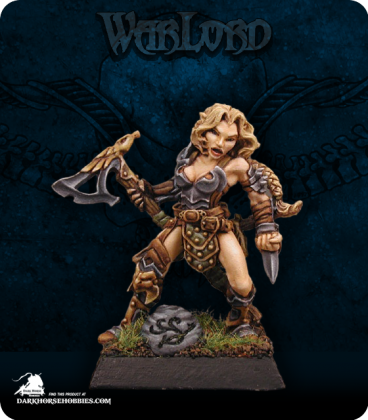 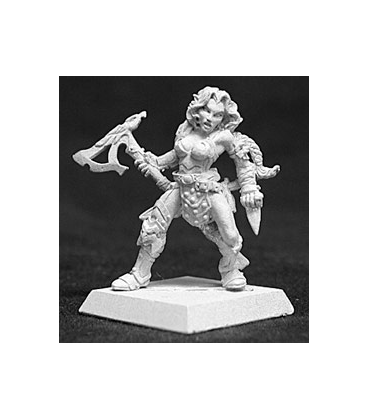 As one of the half-elven known as the Deathseekers, all foes of Almirithil fear Arnise. As the great axe-and-pata wielding Sergeant of Almirithil's frenzied berserkers, even her allies fear her. With her Deathseeker comrades, Arnise has honed her skills single-mindedly, focusing her life on one glorious, fatal moment. Only through a life of valor and a hero's death can she hope to regain the favor of the elven gods. Only through sacrifice can she hope to rise above her half-elf existence, and be reborn as a true elf. Until that beautified moment arrives, she will stack the deck of the gods' favor with the blood of Almirithil's enemies. 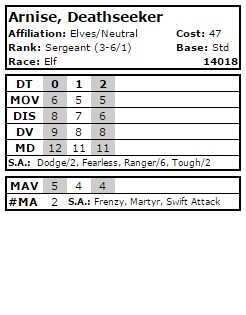