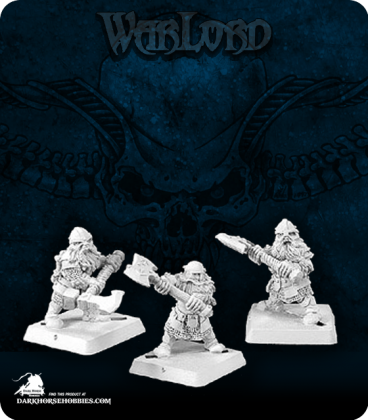 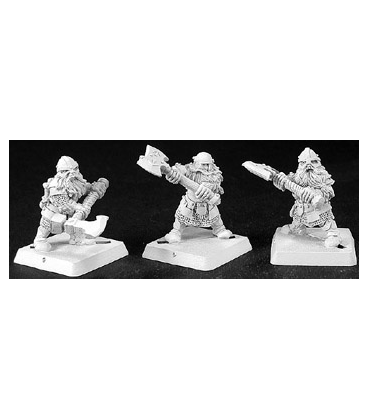 Not quite as unstable as Berserkers, the Swiftaxes are a dwarven army's point of attack. They charge in and break the enemy lines to allow their countrymen through. There are very few qualities needed for a Swiftaxe, a lack of self-concern, a fair skill at running, and a desire to be involved in close combat. These traits happen to be quite easy to find among young dwarves. 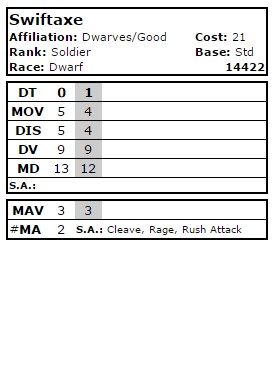