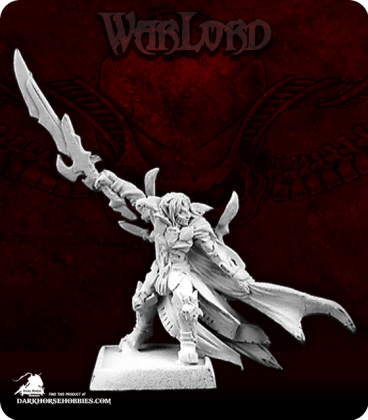 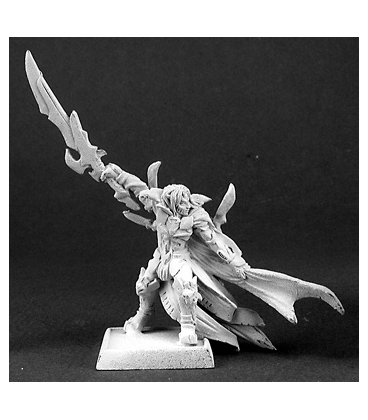 Javolith is one of the true Isiri what the outside world calls the Darkspawn. Javolith is an aristocrat within his dark society and was one of the Lords that supported the Witch Queen's ascension. Even though the Witch Queen is merely a Tirithilian Elf and not a true Isiri, Javolith and others of his kind were quick to see her deep reserves of power and the potential in her visions. Now Javolith's loyalty has been rewarded. As a Captain of the army he is granted the first fruits of the spoils of war. 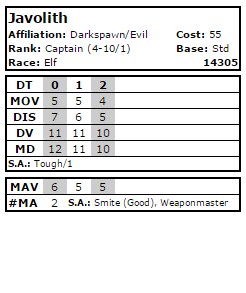