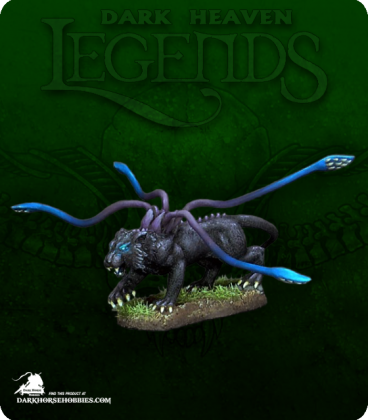 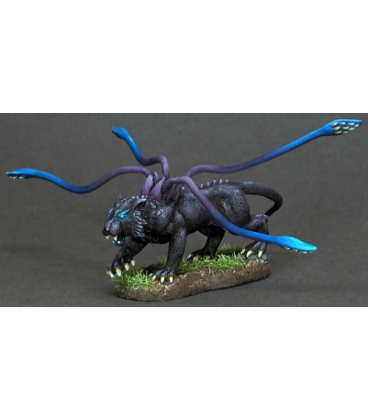 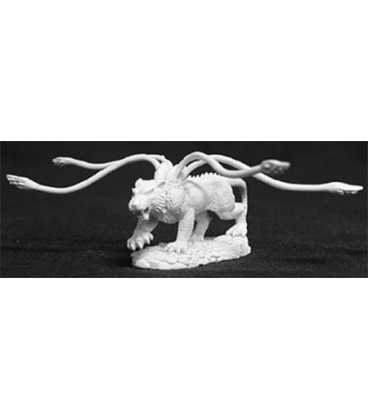 These foul tempered, subterranean menaces are found wherever there is prey to be hunted. A phase cat resembles a lean, black-skinned feline, whose eyes burn with a lurid green glow. The phase cat is non-discriminating in its diet; it will dine on intelligent prey as readily as a shaggy cave uru. Although most commonly encountered alone, a mated pair may also cooperate for a time until the kits are born, at which time the female either drives off her mate or kills him and allows the kits to feast on its carcass. The phase cat is an intelligent ambush predator, relying on its inky pelt to conceal itself among the rocks. After more than a millennia underground, the phase cat has mutated, growing a set of muscular tentacles from its shoulders. These tentacles are used to capture prey as well as negotiate the treacherous terrain of the Darkreaches. The phase cats have the ability to project illusionary images of themselves a short distance. This remarkable skill is an effective defense mechanism, causing an attacker to strike to the left or right of the cat's true location. 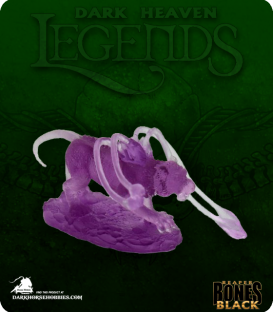