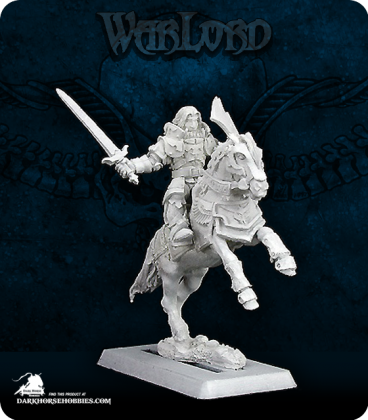 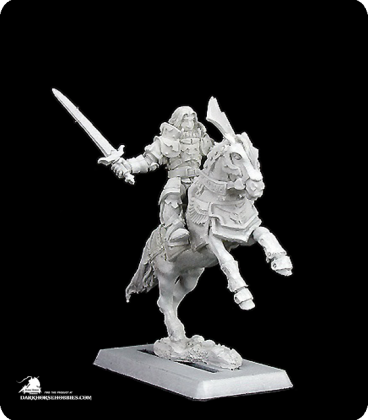 After Gerard left Denelspire, but before the coming of the Darkspawn, a mysterious beast was loosed into the hills to the north of Denelspire. There was some surmise that it was a product of foul magic or the tainted breeding experiments of the Overlords of Craclaw, but whatever it was, it was deadly. The Shrine and hospice of Saint Gianovia lay in that area, and groups of pilgrims were preyed upon by the beast until it was feared that the Sisters and Devoted would starve, for no one could get out and anyone trying to get in was eaten.

Sir Daman, then a Sergeant in the Lion's Lancers, was returning from a patrol when he stopped near the Shrine to water his horse, and was attacked by the beast. Taken by surprise, he barely escaped with his life, though he managed to deal a swift blow with his blade in the process, laming the monster. As he left he saw the corpses of the dead pilgrims, and realized what must be happening. Daman knew that Lord Mallory, his commander, would tell him that the Battle Nuns could defend themselves, despite evidence to the contrary. Quickly he made a decision.

Returning to Denelspire under cover of dark, he took his war dogs, barding for his horse, and much heavier armor, and returned to the Shrine. With one of its legs hanging uselessly, the beast did not surprise him this time. As his war dogs harried it from the sides, Daman charged with his lance, burying its point between the monster's ribs and pinning it to the ground. His frenzied mount trampled the body as the knight hacked with his sword, and the horrid beast was vanquished.

The Sisters, especially Kristianna, were so impressed and thankful that they swore their aid to the young knight, a promise later called in when Denelspire was retaken. Lord Mallory, however, relieved Daman of his command, stating that the young Templar had acted not for the glory of Aurellius, but for his own, and that he would not have the lives of others hanging upon someone so reckless. To this day Daman still has not requested a new command under Gerard, when asked, he says it's because "I'm not a leader, I'm a soldier. All I know is how to fight. Mallory wasn't always a fool." 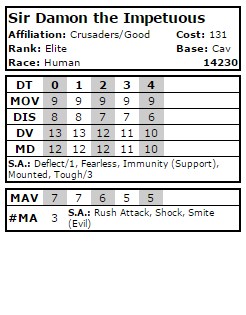