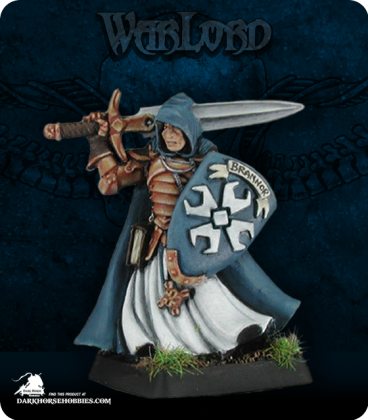 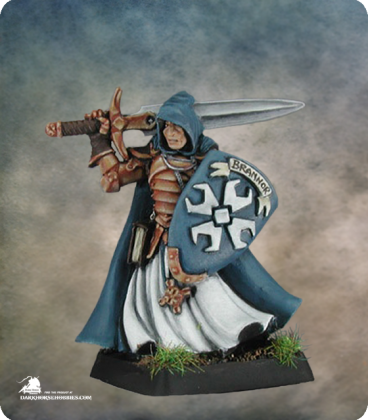 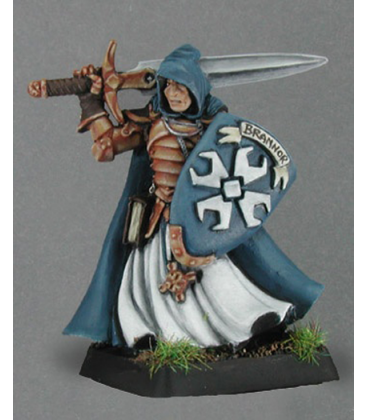 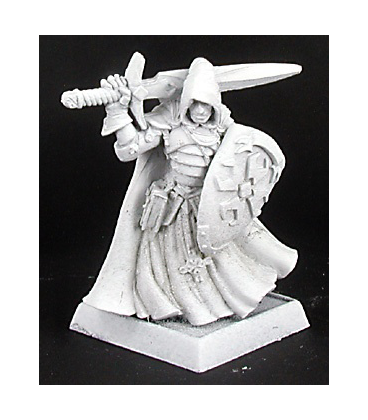 Sir Brannor is typical of the men serving under Broderick. The Justicar sect believes that the discipline of the mind is second only to the discipline of the sword, and when not in the field Brannor is polite and even-tempered. He respects the stalwart Knights of the Ivy Crown and admires the skill of the Devoted, but it is at the head of a unit of Templars that he comes into his own, transformed from calm to cold-blooded the moment his blade comes into his hand. His swordplay brings terror to the opponents who see him coming. Where others of the Order are taught the value of granting mercy, the Justicars believe that it is the pinnacle of foolishness to give an enemy a second chance to strike. The men and women attracted to his command are ruthless and implacable foes of evil, and followers of the forces of darkness can expect no quarter given when Brannor is in the field. 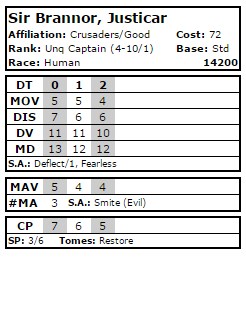