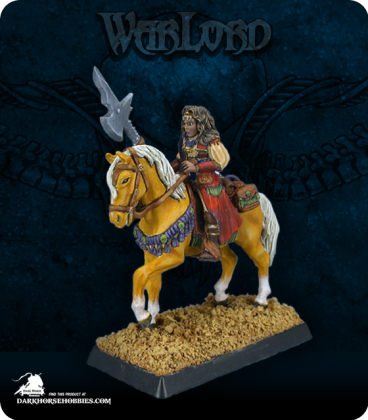 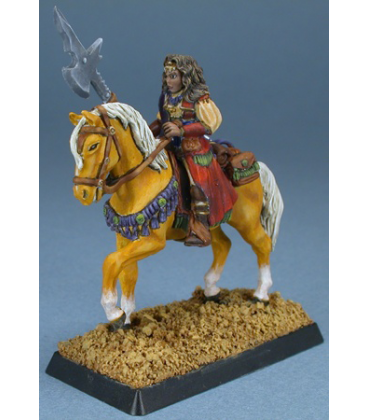 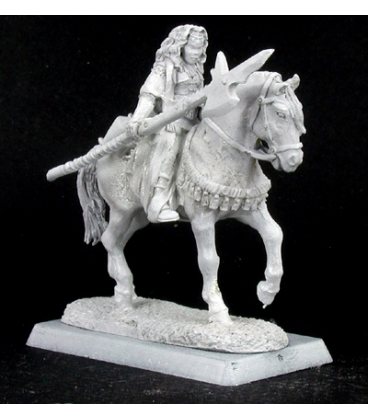 One of the few priests among the forces of the Ivy Crown, Isarah is Taltain by birth. The people of her small village venerated Shadarzaddi, goddess of healing, and it was to this humble divinity that Isarah felt the call. But there were some doctrines of the faith that she grew to oppose; it is hard to champion peace in a land beset by war, and harder to stand by and do nothing against the foe as your own people fight for their homes and lives. Though she did not abandon her vocation, Isarah quietly slipped away one night from her small temple, and went in search of a fight she felt she could support. She found one in the Ivy Crown.

Though her brother and sister priests would certainly have a dim view of one of their Order learning to wield weapon as well as spell, Isarah has never felt so sure of her path in her life. After a battle where she healed a fallen warhorse in order to get across the field to where she was needed, Jehanne gifted her with the horse out of appreciation, and Isarah now serves often with the Light Lancers, supporting them as they skirt mayhem and arrow fire to reach enemy archers and mages. 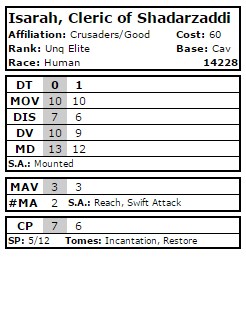