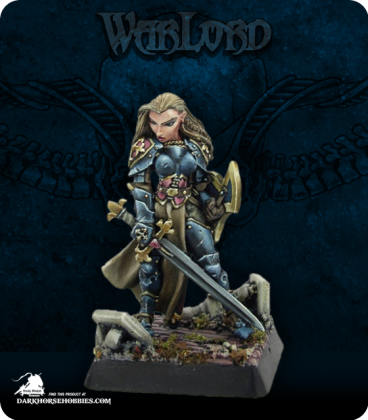 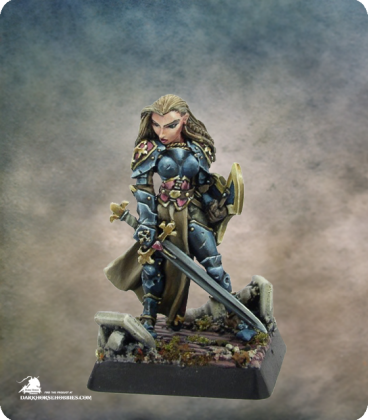 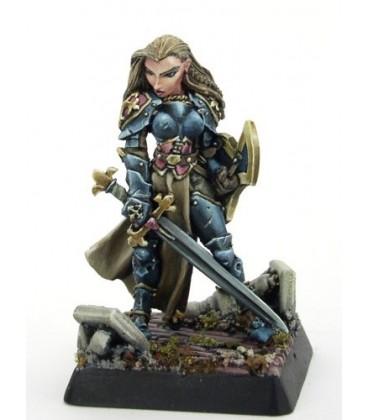 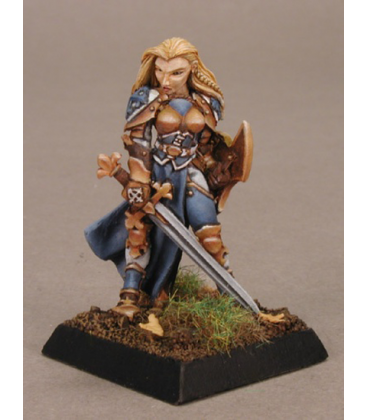 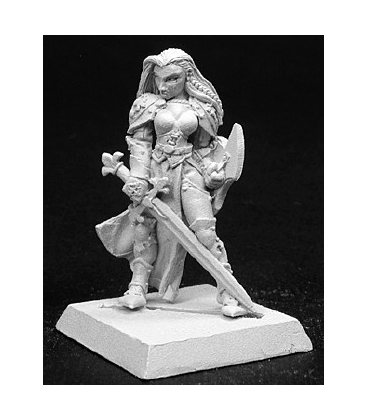 One of the rare women among the Justicars, and also one of the youngest to achieve that rank, Finari seems to feel that she has something to prove. Her voice is often raised against those of her Elders, questioning or challenging, but she speaks with intelligence and her astute observations are welcome. It is often wished, however, that her contributions were not delivered by such a very sharp tongue.

Nonetheless, in battle Finari is a steadfast foe of evil, and her ruthless dispatching of the enemy is almost as efficient as Sir Brannor's. Indeed, in a rare show of humor the Sergeant once issued a challenge, and now he and Finari often fight side by side in the field, competing to see how many black souls they can send to death's gates. Though leadership is not her forte, Finari's skill and fervor do inspire her fellow Templars to hold the line, no matter what horrors the enemy sends against them. 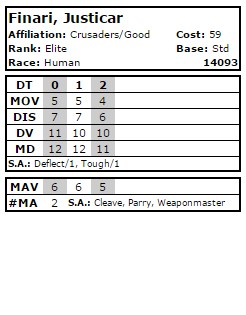 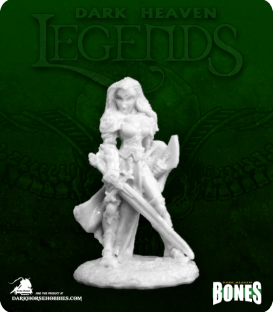