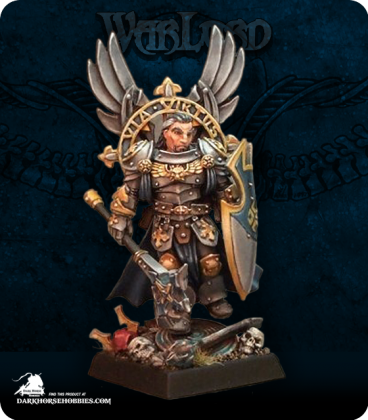 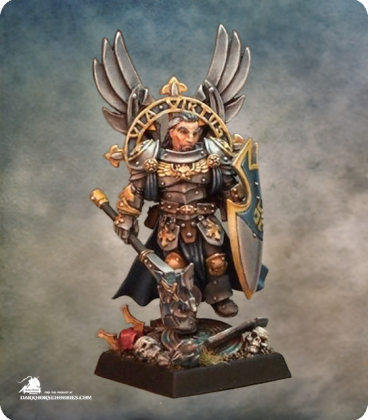 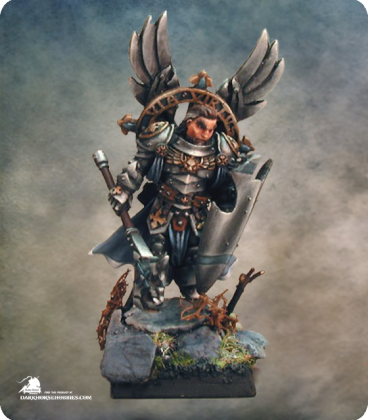 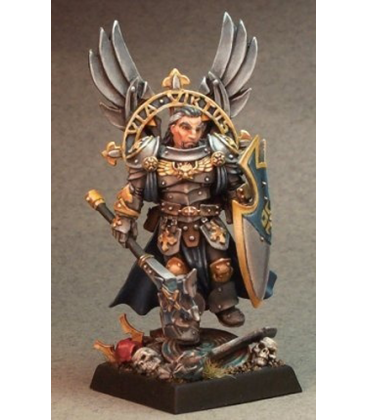 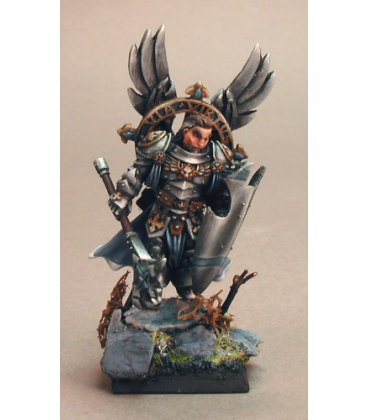 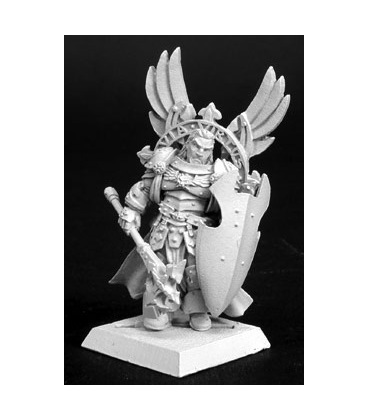 Duke Gerard Montegue is an imposing man. Tall and broad-shouldered, dark hair now streaked with grey, the Duke's gaze has lost none of its intensity or alertness. Though his detractors whisper that it is the divine power of the Axe of the Heavens which gives him unnatural energy, most of his peers believe it is more the fact that his crusade against evil is making a visible difference in the land of Taltos.

The Duke owes much to his grandfather, the infamous "Grey Duke" Etienne Montegue. From an early age he accompanied the old man on his ramblings through their lands in Racheau, wearing the grey garb of commoners. Etienne was just as likely to be found raising a pint in a local pub as in residence at the family's holding, Coeur de Loup, and Gerard learned as much from the craftsmen and farmers of the villages as he did from the tutors his mother employed. Upon Etienne's death, it was the boy who inherited his title.

Gerard soon found that the court at Pelise was steeped in politics. Unfortunately, he also found that, like his grandfather, he hated politics. As the years passed, the Duke began to chafe at his responsibilities. His ties to the mountain Duchy were strong, but he knew that his King and Court would never let him accomplish the social changes he truly wished to see in Racheau. When the message came that the Templar Knighthood was recruiting volunteers to lend support to the Order in faraway Taltos, Gerard took up his great-grandfather's venerable Templar blade and answered the call.

The strange, harsh land with its exotic, proud people enchanted Gerard from the first. With his usual disregard for social barriers he set out to befriend the Taltain who had settled close to Denelspire. They were not an easy people to get to know, and yet something about the tall, intense stranger was to their liking. They treated him with unusual camaraderie, and in Gerard's gratitude he found time to aid them however he could. Unfortunately, this gained him the enmity of the then-leader of the Templar forces, Lord Mallory.

The Templar leader was a traditionalist who believed that the Chroniclers were the knighthood's only true responsibility in Taltos, and Gerard clashed with him from the first. In addition to their political differences, it stung Mallory, himself the fifth son of a Duke, that Gerard had possessed a fief and yet had tossed it away. For years their personal conflicts escalated, and, though Gerard had his supporters, Mallory had been appointed by the council in Racheau and most accorded him respect for that, whatever his shortcomings.

Finally, though, Mallory refused aid to the nearby town of Nureh, under attack by forces that would later become known as the Darkspawn. The townsfolk were slaughtered, and their remains draped obscenely over the ruins of their homes. Gerard was incandescent with fury, but Mallory would not answer his public call to account for his actions. His faith in the Order broken, mourning for those of the villagers he had personally known, Gerard threw down his great-grandfather's blade and left Denelspire. The three years following would see him rise to prominence as the Captain of the Blackguard Wolves Mercenary Company, even as he descended into a spiral of rage and self-destruction.

Mallory was later lost in the attack which took Denelspire, and it was Lady Jehanne of the Ivy Crown, heeding visions granted to her by an angelic messenger of Aurellius, who returned Gerard's blade to him with a plea to help retake the Tower. Gerard could not turn his back a second time. When the forces of good emerged victorious, he invited the Ivy Crown and Devoted of Gianovia, who had proved invaluable, to employ the new city of Denelspire as their main base of operations.

Now Gerard strives to expand Crusader influence and bring safety to the land, and to teach the Taltain people to stand firm against the enemy and defend themselves. He has armed the refugees, and for the first time in history accepted their sons and daughters who wish to enlist as Squires in the Order. Gerard knows that the enemies of Denelspire are massing, and that his remaining time at the Tower of the Dawn may be short indeed. 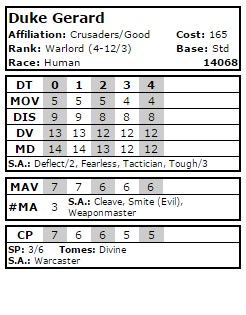