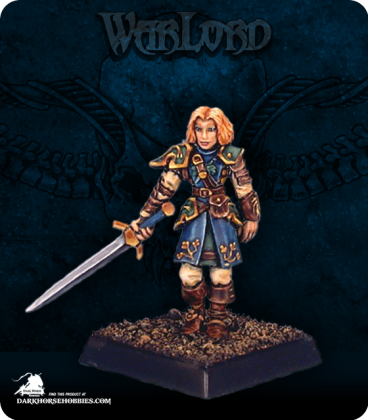 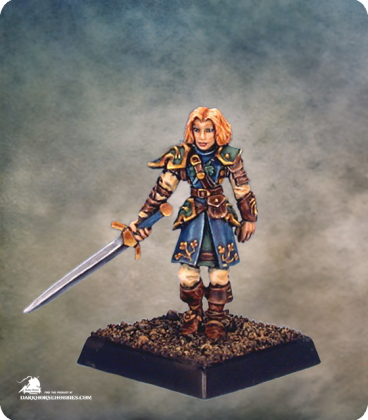 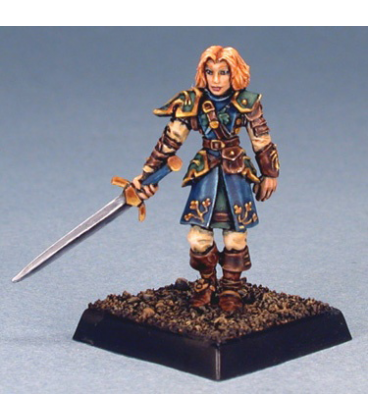 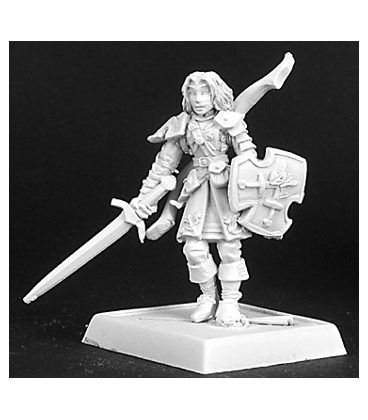 An exemplary swordswoman and competant archer, Acacia is typical of the level-headed and versatile Sergeants of the Ivy Crown. She accompanies ranged or skirmish troops into battle with equal aplomb, though her bow is her favored weapon, and she regularly wins wagers when challenged to shoot a horsefly off a saddle at twenty yards. Her father was an excellent woodsman and tracker and she began learning from him as soon as she could walk; she is a master of the ambush from cover, and utilizes mobility and surprise as much as she can while leading her fellow knights into combat. Every foe taken down before they can act, after all, means possibly one less of her own troops needing last rites at the end of the day. Acacia is enthusiastic about Gerard's recruitment of the young refugees, and volunteers her help as a trainer whenever she is not in the field. 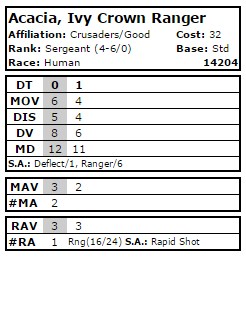