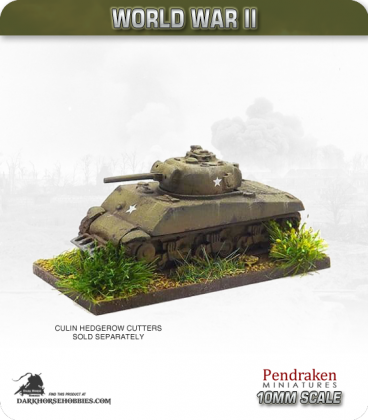 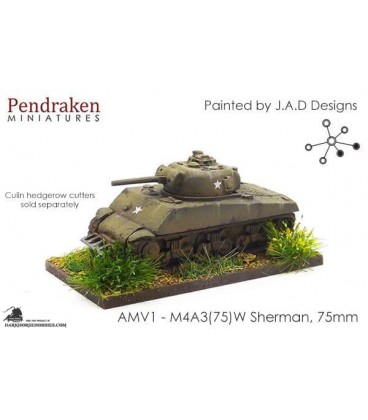 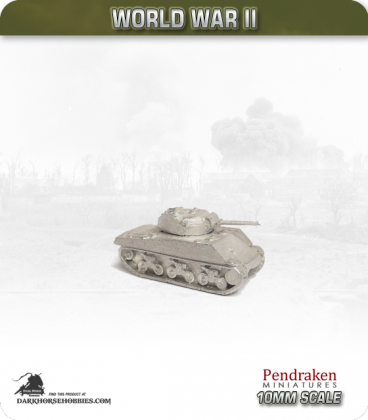 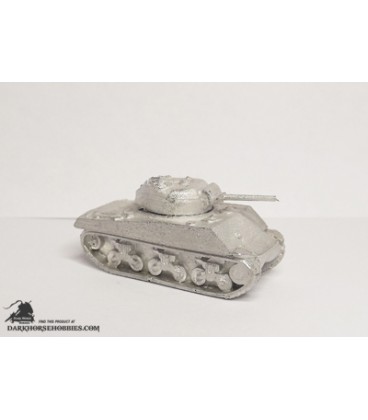 The M4 Sherman, officially Medium Tank, M4, was the most widely used medium tank by the United States and Western Allies in World War II. The one-axis gyrostabilizer was not precise enough to allow firing when moving, but it did help keep the reticle on target so that when the tank did stop to fire, the gun would be aimed in roughly the right position. The designers of the M4 stressed mechanical reliability, ease of production and maintenance, durability, standardization of parts and ammunition in a limited number of variants, and moderate size and weight. These factors, combined with the Sherman's then-superior armor and armament, outclassed German light and medium tanks fielded in 1939-42. The M4 went on to be produced in large numbers, being the most produced tank in American history. The Soviet T-34 was the only tank produced in larger numbers than the Sherman, though the service life of the Sherman far exceeded that of the T-34 tank.

The basic Sherman Tank Platoon was comprised of 5 Tanks. There were 3 Platoons in a Company and 3 Companies in a Battalion. (There may also be a Lt Tank Co as a 4th Co in the Battalion depending on year and deployment.) Typically an Armored Division had 3 Tank Battalions plus a significant array of support units, which changed over time.