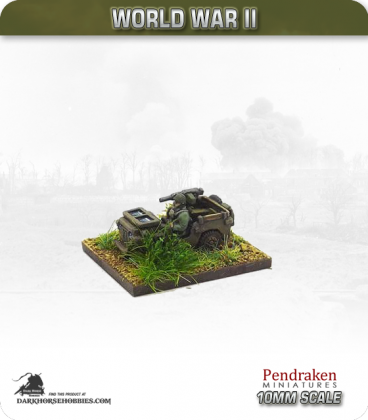 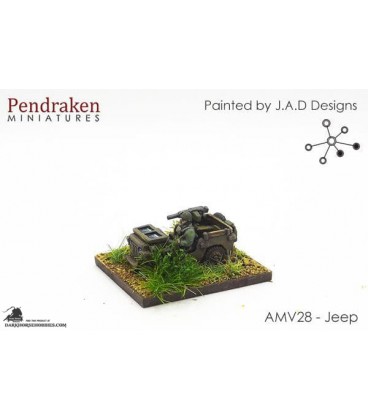 The jeep became the primary light wheeled transport vehicle of the United States military and its allies. It was the world's first mass-produced four-wheel drive car, manufactured in six-figure numbers; about 650,000 units were built, constituting a quarter of the total U.S. non-combat motor vehicles produced during the war, and almost two-thirds of the 988,000 light 4WD vehicles produced, counted together with the Dodge WC series. Large numbers of jeeps were provided to U.S. allies, including Russia at the time — aside from large amounts of 1-​1/2- and 2​-1/2-ton trucks, some 50,000 jeeps and 25,000 ​3/4-ton vehicles were provided to Russia during WWII — more than Nazi Germany's combined total production of their Volkswagen vehicles, the Kübelwagen and the Schwimmwagen.

Jeeps were used as prime movers for 37mm AT guns.