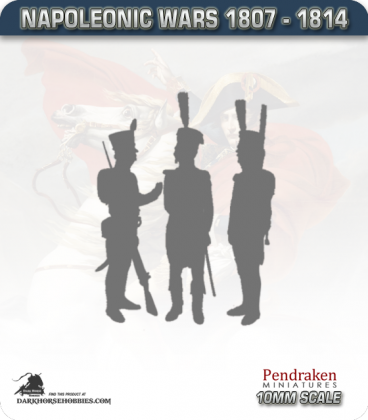 10mm League of Augsburg: Cavalry in Hat with...