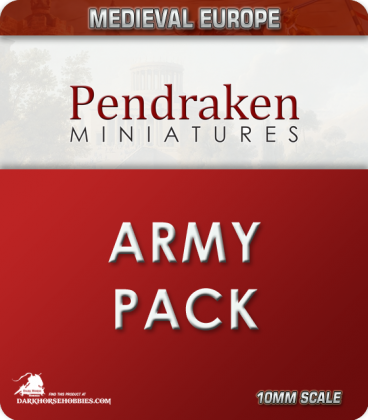 A starter army for the Lancastrian (Red Rose) side of the conflict (1455-1487). It should be noted that the Lancastrian red rose was introduced only after the victory of Henry Tudor at the Battle of Bosworth in 1485, when it was combined with the Yorkist white rose to form the Tudor rose, symbolizing the union of the two houses. Most, but not all, of the participants in the wars wore livery badges associated with their immediate lords or patrons under the prevailing system of bastard feudalism; the wearing of livery was by now confined to those in "continuous employ of a lord", thus excluding, for example, mercenaries. An exception to the Rose livery badges was seen in Henry Tudor's forces at Bosworth which fought under the banner of a red dragon while the Yorkist army used Richard III's personal device of a white boar.